Life's unfair, so are we.

Now this ain't any attempted poem, read it as a flowchart, without arrows. It flows top down and then iterates. 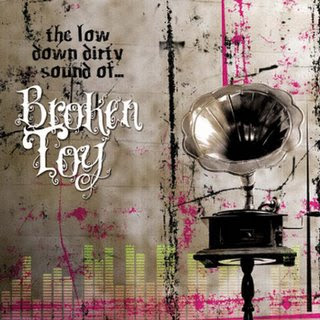 woooah wooooah wooooah..
wondering what the analogy is :) ;)
anyhow, it was really good!!

Ah! I'll interpret this in a completely different way, and well, that would make me chuckle for quite some time. :)

The little one
Tries to fix
The toy
Alas! He can't
But
He doesn't find
A new one.
He retains the pieces.

Hice one ..
thats how it goes in childhood :)

Take care
Have a great weekend.

hmmm. somehow while reading i realized that adults are no different!!

Adults are worse... Children at least, are innocent at that age. They want something, they go get it. They know no other way....

Yes life's unfair... and sometimes we make it so...

Hey, Hi
So much said, in such a simple way...a new toy could be bought, as good as the old, or may be a better one too...what about the toys we break? is there a replacement? could we even mend it?? May be, or may be not...

@Sayak
Perhaps. He might, but he ain't any alchemist to make it right again.
:)

@Vivek
Wish it did not, some things are carried over a very long time.
It's a seed.

@Chandana
:) As I said, the seed is childhood.

@Silhouette
Think on similar lines, but in a more generalized way.

@Vineet
Thank You, though I did not place them anywhere, its a centered flowchart.

Such a simple, in your face kinda flow of lines...
Really like a flow chart...
And doesn't that happen almost every time with everything that we are after?:-)

Oh I loved it!!!!!!!!
this is certainly the thing we experience everyday!!!

Oh My God!!! :)
THIS WAS AWESOME! :)
something that we witness often. Expressed so beautifully in simple language :P

Your post just reminded me of this.. :)
"As we grow up, we realise that, broken toys were better than, broken hearts and broken lives... "

ah this makes me a little shy, I guess I were behaving like that to my younger sister when I was younger:)

@Amber
I am like this, even after having supposedly grown up. Does that make you feel better? :)

when we were kids we were so simple...

but now why do i feel we cant understand them ?

Lol looks like a srory about me.. :P Jk

i can relate.
bt when r we going to understand tht a relationship isnt a game

This is a regular scene at my place. Or was as my youngest bro is 7. ;)

@Nikita
Do you understand yourself?

@hope
Alas, that is the only thing we all do, feel bad for things gone. Lets try to change that sometimes :)

@Duchess
When we get our heads into the game, not just the heart.

Now this is somewhat a confusing post for me...coz I do know when we were kids we were naive and hence did so...but looking at the other side we adults do the same....but then we know what we are doing, ain't we?

Feels like life's just become a game and your just a player trying to out run the person in the race...and you'll do everything possible to win but at the end you do lose at times...you don't lose to others you lose to yourself...

I really dunno what I made out was right or wrong but that's my perception of life in general at times like these!

loved reading this. it's true life is unfair. we are unfair. while reading the words all i can think of is a relationship. a boy is amused with a girl, finds her cute enough to amuse him, toys with her, he gets obsessed and when he gets bored, he decides to leave her. Now someone new comes along to appreciate the wonders of the girl who can actually brings out the best in her, the old guy gets jealous and tries to win her back..

Hey there is something for you at my blog...do have a look Anshul :)

When broken edges begins to appear,
We wish soon they disappear,
What happens to starfish we don't wonder,
Its history nobody bother to discover.

here starfish is a toy,which at times relates are people,if comes to reality. :)

@Fatima
Listen to your mind, it does not lie nor accepts it. It is right, don't confuse yourself, you interpret rightly.
Of all the errs that was bred with time, this is one of those which could have been rectified, in childhood, by those who saw it.

And thank you for the honor.

@Maria
Its not just relationship of a boy and girl, its like being an opportunist everywhere.

@Sunakshi
:) Yes, we try to avoid corners, they define territories. Nice one.

i wonder the 'first child' has so much grown up...but is still the same!

This reminds me of all the quarrels my children had when they were younger. I think this one applies to politicians and governments too.

this is truly brilliant, Anshul. it's written so simplistically yet has deep meaning and can be interpreted in various ways. it applies a lot to relationships, i suppose, i.e. the way we treat other people sometimes..
really loved this, keep it up!

@Jane
Suit yourself, it could fit in many places.

@Inquisitive Life
Thank You, I am. :)

u know--- i loved this. actually this poetry reminds me of a folk song in tamil- that conveys much deeper things... it's something like--

'a naked fool, pesters a potter and manages to get a pot made for him. he dances and dances with the pot on his head and finally- he breaks it into pieces...'

it actually conveys a deeper meaning whn interpreted as- 'a soul pesters the cosmo- to give it a life to reside in. when it is given a life, it indulges in all the undesirable pleasures and ultimately, the life perishes leaving the soul- once again, unconnected.... into the cosmo...'

Love it.
Unexpected ends amaze me.

OMG! again I'm late to comment =/
Well in any case whether if any of the characters are unfair, jealous or what so ever, the fate of the toy is usually the same. It breaks.
Rare do people care and value relationships.
Very thoughtful.
=)

isn't this the story with all of us?

aptly said!
We always forget what we have at a moment we don treasure it...and once its lost we regret...fight to have it back...WE HUMANS!...even I have wrote it very easily but difficult to keep on it...

P.S.I simply loved your comment on my recent post...have read it many times...and always brings smile :)

WOW!!
This one is prodigious!
Liked the way you described..
We are connected with every one unfair thing!

Thank You Matangi, and yes, its true, life's worth is realized a little too late.

@Sidrah
Thank you for dropping in and appreciating.

pretty pretty! me likes:)
loved the flow!
its simple yet loadsa meaning..lovely metaphor

Had it been an adult I'm sure he would not have let the new kid even have the toy in first place even if he did not wanted it any longer... That unfair we are...

Any post that i have read here is that i noticed one thing.You have a keen interest to observe the things around you and you weave that notice into something beautiful and interesting though it may have occurred in front of us too but we notice through you :)

Simple words make so much sense!A thumbs up for this post:)

@Tanishka
I think he would do the same, as the kid.

Whatever was that!!! So simple yet so complex. I can see what you tried to say on the surface, which is brilliant, but the intrinsic meaning is lost to me. I am perplexed at the complexity of the lines. I wish you had written something like a small paragraph on what inspired you to write this, and then maybe I may have seen the context and comprehended the underlying message.
Nevertheless, impressive.

Love it! As usual :) Added you to my "The Taj Mahal of Blogs" list - figured it was about time :)

@Punam
I guess that is for you to manage and figure out. :)

True, both for kids & applies more to adults.
We consider kids naive, don't pay attention to it much, but as you said, seed is planted then.
Life is unfair, because we make it unfair, and now that we are used to it, we cover up our own doings by calling it unfair.

I loved it, few words which say it all.
Love & Care
Bhargavi

hilarious, yet true things they do...
they don't have guilt, or the anger....its just the childhood curiosity that matters!!

perfect flow. and this is exactly how it happens...

well penned based on great observation.

Packed with metaphors, this one!!
With children, this is okay..and one can pass it off as innocence.. but with grown-ups, it's a totally different ballgame!!