There’s a story I wish to tell tonight.
There is a girl. A boy too is in the story. Well there could have been many, the girl is so sweet. Who wouldn’t have wanted her? Yet, that is why the girl was wanted by everyone, because only one, the ‘One’ could have had her. I have known them for quite some time now. I see them from a distance, like from the other side of the glass, like a motion picture. For them, I don’t exist, or I am just another, nobody.
Umm… I think that boy and girl won’t do justice. There was a young man, and a charming young lady. They are friends, close friends, very close indeed, like flame and fire, different names, yet same essentially. Some say, they love each other, maybe they do. Looking at them it is hard to say that they are not lovers. But I don’t know what it is between them. Maybe, they love each other, maybe it is just a one sided affair, or possibly a one sided love from both sides at the same time, or maybe it is just the way they are, good friends.
It was the night when they were travelling back hometown. The motion of the express train made it hard to tell if it was cloudy or the skies were star lit, but there was no moon for sure. But the air locked compartment was quiet enough to hear two souls talking.
I had been seeing, as usual, the conversation that had started from the adventures of the trip and all the frolicking, from the pranks played on their respective colleagues, to the tales where they were the poor victims and the nagging when the one made fun of the others pitiable situations. I had been observing how it had transformed into talks of family, childhood, old friends, new friends, expectations, to nostalgic moments, moments that had hurt, moments that had been too good, all that had come to pass before both had found each other. They had been talking like there was going to be no tomorrow and redemption depended on confessions of tonight. She had found her pillow in his lap and he found his on the window pane. And just when I thought that I could keep watching them for eternity, the station arrived, parting time!
It was at the station that I realized that it was in fact a wild night. It was a cold February night, I think. They were not willing to part and He insisted on dropping her home. She had refused to oblige and said that she wanted to carry the memories of that night in her fur coat clad heart from there on. She asked him to seal it. Reluctantly, and willingly, shyly and boldly, she… she asked from him a kiss, a midnight kiss, a seal to the memories. 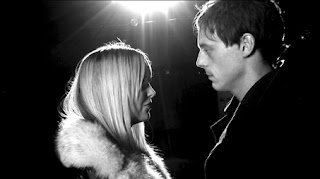 And there he stood, head bowed down. No, he did not say no. How could he hurt her? But he could not say yes just like that. Don’t lovers kiss? But were they lovers? He was confused. She waited, and waited, and he never moved a bit. He stood frozen, like the cold wind had just frozen every bit of his body.
Crestfallen, she turned around. Silently! Her eyes had started to burn a little, they were becoming hot every moment, and the blurring had started to occur from the corners. At least the tears knew how to take care of the lovely eyes, at least tears couldn’t see them burning. The nose? It was already red with the cold winds, and the cheeks, and the ears? They had just been blushing a moment ago, pink. But just after she had taken her first step, somebody held her by her right wrist.
He turned her around, facing her, still dazed, yet looking at her. “And you could just walk away like that?”
He unzipped his jacket a little bit and placed her hand somewhere near the left. I think it was the place where the trouble had been going on all this time. I think I saw her smile, from behind teary eyes. “With this situation, I fear it will fly out to you if I make any further move!” And she let out a gasping laugh from between her sobs. She was crying now, and laughing alongside. And yes, she looked adorable. Holding her hand there, he moved closer to her.
And then he kissed her, on the forehead. And then on the eye, on the other one then. With every kiss, she felt his lips getting more and more warmer, something beneath her hand was knocking on to her palm badly. It wanted out; it wanted to be in those hands that were feeling it now. And then, he kissed her. She stood motionless, there was no grotesque sensual kissing, and yet it was nothing short of an unchained melody. The lips met, and then the lips parted…
Some people say they loved each other. I don’t know, maybe they did, maybe it was more…There are many things that I cannot know from this side of the glass.
I really wish I could tell you a story tonight!! 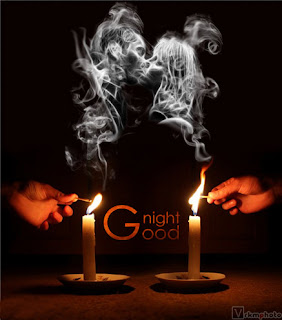 My heart is brimming with stories tonight, as I watch over to the other side of the grass.

You say you wish to tell a story, I say the words flew even before you did.

Anshul.... You wrote a wonderful story.. You wished and you did it.. The fire of love flows everywhere.. Its just so touching..

what a story. Truly captivating, beautiful, and somewhat bittersweet. I was hooked, from start to end, and I have to say this is one of your best stories ever.
There are many stories I wish to tell to, I just wish I could tell them as beautifully as you do. :)

Anshul, I am touched by this wonderful narrative of yours.
They might not be lovers but then, some relationships are better left without a name-the magic that a nameless relationship creates is simply unmatchable.

wonderful kiss on the beautiful winter night! The almighty one conspired what a lovely scene! nicely narrated.

wonderfully captured...i agree its hard to see clear from the other side of the glass--but must say u have indeed done a fascinating job with your interpretation :)

*seal it with a kiss*

@Cinderella
On which side do I consider you to be? the distant, greener? or the side I am on?

@Tanvi
I don't know, when the Guy could not decide, who am I to draw conclusions.

@Mehak
Its not how you do, more important is that you do it. You'll always have readers.

Beautiful and captivating and I am in love with the story :)
Your narrative style was pretty interesting and it held me till the end. The word 'tonight' reminded me of Pablo Neruda and his poem "Tonight I can write the saddest lines".
Well! I should say that you have told us the most beautiful story tonight :)
Maybe you can say that, that was just the beginning of a new love story.

beauty lies in the way u write it through.

such an enrapturing story...so passionately described

you are so observant..you could see a lot vividly from the other side of the glass

The liked the concept of the narrator being present in the story.

And I loved the way you described the relationship of the boy and the girl/ the man and the lady. You did not name it, it named itself.

Just a kiss in the story..
Brilliant description...

1 doubt,
Being blasphemous, are you an atheist or an aesthete?

@Vaisakh
Thank you for appreciating.
For the name part, read the complete name mate, its 'Blasphemous Aesthete'

Lovely story. Thank you for your comment over on my poem "That Heart" and I'm fascinated to know what it made you think of...

you know,you're awesome with fictions.Your stories are captivating.
I loved it. =)

The other side of the glass..you captured enough..I am still reeling under the effect of your words..

Friends, lovers, acquaintances...does it matter in the end? isn't it love nevertheless?

kisses after tears are more delicious.. lovely story.. and you did tell a story..

I loved each bit of it. You've crafted so deep, thakur sahab. I am falling in love with the way you write ..

I totally loved every bit of it. Very engorssing indeed.

i really wish you wouldn't tell a story, cos the unchained melody was too real to break the spell with any story. well, ive been on that side of teh glas, n well, it always is MORE, MORE than you ever will see, n that's the beauty- ya're a spell binding writer :)

I am left with no words for this one ! A captive narration it is .
A story you wished to tell and a story you've told , in its best composition :)
Good job once again !

@Nostalgic
Am humbled, thank you.

I really felt as if I am stood there, cherishing every moment that were in front of my eyes! Nevertheless, I am disappointed it just was a story :( Beautifully crafted, Anshul.

the last pic is really good!!!

@Palak
Thank You Palak, but it is something we all must know, stories, are seldom fiction in totality.

@Megha
WoW, what a compliment, thank you!