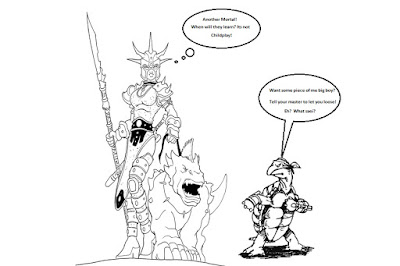 “I don't want to achieve immortality through my work. . . I want to achieve it through not dying.”
Woody Allen
A small Warning before you begin:  This document is not well formed, just like the idea.
I have figured out one way to immortality. Yes, the little conspiracy theorist clinging on my brain ceiling has come up with a contingency plan to rival my beloved Gods.
The idea is simple...   Disappear!
Without a trace, yes!!
I will be immortal because you will never find me, neither dead, nor alive. This is the brief of all that will happen:
On my works, the famous ones and the not so famous ones alike, they shall mention the year when this world first saw me. The timeline won’t have an end. It would be something like: 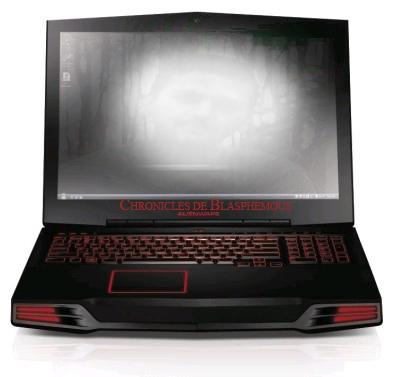 (I live in the digital age and I’d better be documented on Solid State devices and the silver plates. Your wish, if you want Leather hard cover books. I won’t be reading any of them, neither digital nor printed.)
Then a day will come, like every time when my works would be lost to time. Another day will follow, when all the mentions and references of my works would be wiped out of this face of earth too. Just like old times. But I’ll continue to live, still. I would be spoken of; I will be narrated in stories. They shall compare me to Dionysus, and the likes. And soon I shall travel, from bedtime stories as an eternal character, to the religious books. Or maybe, I’d have a religion of my own. In a country like India, where Cricket can be religion, it would be easy. Someday, ages later, I’d be prayed to, and that shall mark my ascension to the throne, my ascension from immortal to divine. And I am not dead, I will not be.
An idea can change lives. A fact, that if I be lost forever and never be found, the probability of my being dead is ½. But so is my probability of being alive, ½.
Maybe, I’d be dead, but maybe I’d be alive, just like my Gods. Maybe they exist, maybe they don’t. This uncertainty is funny, and can even make the dead laugh. Werner Heisenberg was a scientist, a revolutionary of sorts. To me, he was a funny man who just gave the world a reason to laugh more.
“The more precise the measurement of position, the more imprecise the measurement of momentum, and vice versa.”
“He lies somewhere here” an epitaph on his grave. Had he not died, no one would be able to exactly tell if he was there where he was seen or was it just another illusion of uncertainty. Well, I won’t repeat his mistakes, I’d never be found.
Note: This has a prerequisite. I need to be famous. I am working on that too. Soon you shall hear of me from foreign tongues and probably alien languages. So if a UFO lands in your backyard or on your rooftop, he’s probably looking for me. If he says anything close to Blah, blah, blah... that's right he's trying to say Blasphemous!
Thought over by Blasphemous Aesthete

hii
ek badi complex si post lagi mujhe but that disappearing thing was quite interesting! it seems u r a mathematical genius :)

oh last night there was a pigeon on my window (yes raat ko, so i was sure there was something fishy i opened my window and then it went blah blah...

@AS
When did I say Maths was easy. And this thing called probability, that makes its more difficult.

@Bhavika
So the aliens finally advanced from the stone ages? They are now catching up with our pigeon postal services?

So much for your work to stay immortal...!

Good work will always be remembered...

I am sure your work will remain intact for ages....the aliens will estimate humans to be clever and witty creatures seeing ur blog

As exotic as the idea sounds....dont! We'd rather watch you become famous n stay that way.

( and boast once in while of once having been in your august virtual company!)

But you still need to be famous first. :D

@Aparna
oh, if they happen to stumble upon this blog, they'll run away from earth. :)

@Tazeen
I am sure, my dear fellow blogger friends do offer selfless services of making people famous.

;)
u do belong to an alien world. the superhuamn one

this idea seems interesting & I love Woody Allen just too much! But, disappearing wouldn't be too much fun you know. So, be.

they are going back baba! this is hte age of bimbos and botox and mall going wannabe-teenage-struck-pseudo-"munni badnaam" humming-adults in short people who direct their energies in all the wrong directions. isilie, they have,suite correctly,deduced that India was much better in the past tense (phew!)

@Bhavika
I tried to speak that in one go, am suffering from breathlessness now...

NOt at all...I'm gonna expect you to be there.

Intriguing! Being invisible = half probabilty of being immortal. This is a question to ur existence...A pseudo existence and still there would be mortality lingering around..You said u want 2 be remembered by u nd nt ur work, when you dont exist so does ur shadow...even if it does it may come temporary. How do u justify that later sitting behind walls of invisibility and watching ur shadow pass by?

@Raj
I still am searching for my kind, I can't be the only one around.

@Cinderella
Whaaaaat? you already been there?
OMG

@Palak
errrrr Disappear is not = Invisible.
But yes, that is one way too...

And I said I wont read any of the books written on me.

Have you ever seen the place where Gods died, or were buried? The point is not in dying, but to do it in such a way that no one knows. We say they ascended to heavens 'Swargarohan', so no mortal shell was shed.

The idea is not to fade away, but being remembered everyday, first in stories and then in prayers.
Its not my existence that I'll play with, and I won't sit behind veils of invisibility, but that of uncertainty, doubt.

i liked the disappearing concept.. and the quote too.. nice work there..

hehe...good one...once u have the formula, plz tell me also :) would like to taste immortality :)

And yes do tell the UFO to land on my rooftop so that I can take some samples..... And can welcome you with the flesh and blood :P :P

Your plans are great tell me when this gets finalized.... After all my probability is also 50-50% :P :P

Yes bring your alien girlfriend too...can get her a good check up.. :D
I think its too much, I'll stop!

Interesting read ...
A thoughtful piece yet again , liked the reference of probability ...!

@Tanvi
but first you need to go and learn my medicine.

i really liked the comments as much as i enjoyed the post :) thode alag vichaar hai !!

He he interesting post as ever....but then i too feel disappearing wont be a good idea. :D

Ahhh..I kind of get that! I appreciate the idea. About 'Swargarohan' I have doubts that they really did bear any mortal shell, for the transition is still unknown. Since like everyone I haven't managed to find his existence so, I question the whole phenomena.Lastly the thing that comes to my mind is in someway you are aiming to be close to Gods,not by "The God" way but by his discreetness. If you acheive that maybe you might disover the unknown. And your stories are automatically going to drift(Hopefully I am close to getting your concept :P)

@Beyond Horizon
that's so nice of you

@Ria
well you never know the worth of what is there, until it is gone.

@Palak
That is what we all are here for. Yupp, you definitely have made some progress in getting close. :)
Almost there.

Oh Heisenberg's quote is the funniest thing I read today, especially because I am so desperate by my recent research result. Thank you for your comment!! I should spend time more to read what you write!

what an idea sirji!

I wrote a comment yesterday! where did it go? :O
You know when I tried reading this post of yours for the first time,I could not complete it because it was very complicated,then I came back again to read it and I could complete it this time .The only question I have in my mind right now is, How do you get such unique ideas BA? I mean you have your own style of writing which is so uncommon. Kudos! :)

umm I dont know what style I have in writing, I write what feels right.

And regarding your comment, I think the comment was so beautiful that Google confiscated it for itself to keep :)

this kind of made my day! super interesting stuff! and i'm sure you're gonna be famous :D
oh n i totally agree with Jaspreet about the unique ideas and writing style :)

hahaha you talk about dionysus and yet you claim to run from leather-covered books, that dun make sense

@Sado
Dionysus dwelled in wine, I might dwell in bits and bytes...

And regarding the running for leather-covered books, do I?
read again, its 'solid state' material.

that's a very original analogy, the one about dionysus...though you lost me at the solid state part :/

Hehe, its physics.
Memory Chips are going to be solid state devices now.