The Bard of the Ogre! 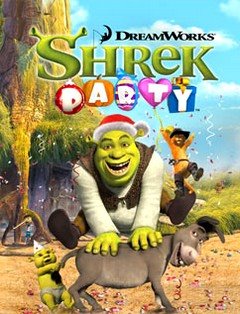 Eons ago, in a small princely state of ‘Hampyre’, there dwelled an Ogre. He lived in the shire called ‘Monimesh’ along with the tenants of the King. Lazy and chubby as a hippopotamus, he could do anything for a good sleep. Lived in a small shanty, away from his mud pond, his homeland, he had forgotten how to miss his homeland. This was his home for years to come and he had surrendered to this thought.
The day was approaching, fast. Something was going on in his mind, kind of rebellious, he was. He was supposed to become quiet, bowing, gentle, soft. He was not supposed to agitate anybody. He was not supposed to challenge anybody. And yet, he did not oblige. They warned him of the coming day. He showed short temper, arrogance, disobedience. They warned him again. He paid no heed. They were his friends after all, or so he thought.
The night before that day, it came at last. Before the hands of the clock met for the last time to bid goodbye to the previous day, and welcome the next, they assembled. And they assembled with torches, they assembled with clubs, they were all geared up. The town bell announced the commencement of the new day, and it began. They carried him to the square, on their shoulders. They carried him as a deity, they carried him as a sacrifice, like the scapegoat being taken to the altars with all pomp and show. And yet, he could only force a smile.
They hauled him, grabbed him from his legs and by his arms, they made him see the sky, its darkness, the stars, the mockery from heavens, the celebrations on earth, for it was the day he was sent here. He was held in mid air by four strong men, spread apart in the four diagonals. And then, the call was made:
“To the Ogre, Welcome to this world!”
Like a sack of trash, his butts were kicked. Every leg had a new kind of zeal, even one legged creatures had their fair share. He did not believe in Gods, but he wanted Them to exist, just for today. No, he did not want to pray, he never had, he wanted Them to see, he wanted Them to hear his stubbornness, the irony of being born, the treachery of living.
And with every blow he withstood he shouted out loud for the Gods to envy... Oh yeah!!
Bring em on...!
He survived the ordeal, this wasn’t his first. The village rejoiced and sang in communion,
“Welcome Ogre, Happy Birthday dear Ogre!”
It was a long feast, revelry and celebrations. Such had been the tradition, such had been the way. They thanked him, and he thanked them. They were his friends after all!
And tonight he sleeps, facing away from the Lord himself... he had never believed in Him, but wanted Him to exist, just for tonight…

That according to me is ultimate cruelty.... But yeah fun at the same time....

I know with whom it happened... "Oh god!", he said and then realised he doesn't believe in the almighty...

@Bhavika
We wish we could help. Traditions don't stop just like that.

I love shrek...
very nicely written even better that it has been inspired by a true event..
Kudos

omg, that's what happens on a birthday night? sad... but kind of amusing too. nice write up, i like!

:) well connected.. well, i believe birthday bums can be a bummer- may the rumps get chubby n hale again :*

U r good. Just wondering if u actually know it :)

@Mehak
for a better visualization, go visit the other blog, it has the real pic.

@Jane
hahahha yupp... well the reverse process of those scars is a mix of many rainbow colors :P

@Surya Prakash V
I know what?
that I am good? or the experience of those birthday bums?
I know the latter one.:P