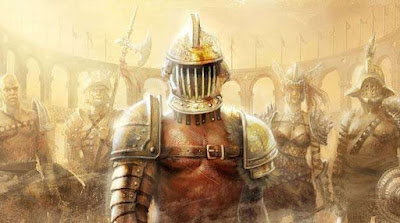 In the days when honour and blade owed servitude to royalty, was born a slave.
He fought not for his honour, which he never knew if he had ever possessed. Neither did he fight for his life, for it would have been good if it never had existed at all. He lived by his sword, which owed its loyalty to the Princess.
He was a former gladiator whom the princess had decided to keep for herself for reasons not known to anyone, but her. She loved hunting, the grizzlies specially. She hadn’t really rescued him. Just extracted him from the colosseum and put him into the wild. If he had lost the battle in the field, with numerous eyes watching and a million tongues snarling, in unison “Kill him, Die, Die, Die!”
But then, those sadists might have talked, for at least a day or two, speaking of his glory? He had lost count of how many lives he had put to rest, just to keep his string of breaths intact. Now if he died, only his predator would have known. Nothing had changed, just the venue. She freed him from the iron shackles, and landed him in the golden ones. Soft and precious, but shackles nevertheless. Was it glory? He did not have the time to reflect upon such meager thoughts.
The princess in herself was nothing like ordinary. An embodiment of beauty and valour, she was an ace archer. A blend of royalty and humility, with light brush strokes of humour impinging every now and then, she was a natural attention magnet. No doubt the King loved his daughter, he had assigned the elite cavalry as her escorts, whether on skirmish or not. People loved the king, for he ruled well. When the princess was born, rumours spread that The Lord had gifted his ‘Archangel’ to the king as a reward for loyalty to his kingdom and people. A child so beautiful that ‘beauty’ itself would have shied.
One day, a bear had ventured in too close. Archers have a defined inner circle after which their venom and accuracy is compromised. Had it not been the gladiator, who had instantly stopped the grizzly in its futile attempt to taste the princess and tear her to shards, the kingdom would have lost the Jewel of its crown. He and the other cavaliers had then ended whatever life that was left in the bear.  The princess had fainted due to the sudden onslaught, and the gladiator had carried her back to the fortress on his horse for he had saved her.
Though the king was relieved to hear she was safe, a rule had been broken. “How dare a low life touch my daughter?” The king summoned the gladiator and ordered the guards to skin him for the breach. 500 hunters on the back, he withstood without protest. Self respect, what was that? He was born a slave. It only hurt a bit more because he had not been beaten for a while, since the princess freed him from being a gladiator. These wounds would heal, and for the wounds inflicted on the soul, they won’t show.
The princess was aghast when she heard what had come to pass. She argued with her father, who had but one statement in his defense. “Because he saved you, I am indebted to him and that is the reason why I am letting him live like nothing happened. The low-life should have never touched my daughter!”
Worried, she could not sleep that night. “Low life”, the words were stuck in her head and caused such a pain that refused to subside. At last, she decided something, “Low life, no more”.
The day is today. She has summoned the gladiator to the courtroom. Her father sits stiff in his throne with an undecipherable expression on his face. Nobody knows what is going to happen. She had informed the king that she wanted to apologize for what he had done and gift him something. ‘Anything that I feel like gifting’, was what she had asked for.
As he arrived, there was an added stillness to the court. He came and saluted the king. Then he turned to her.
“Kneel” she ordered.
He obliged.
She asked her father for his sword. He was surprised with the demand. “Here?” Confused he was. Is she? What? He did not understand but did not refuse either.
There the gladiator stood on his knees, head bowed down as if in surrender waiting for the final blow. Then there was the sound of the unsheathing of the sword and as everybody watched with anxiousness as she placed it:
“I proclaim you Knight and the Commander for my cavalry, Rise!” 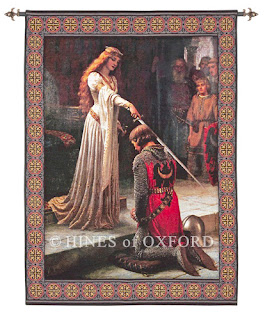 From where did you get this idea? Must say a wonderful piece of write-up. :)

Anshul its very imaginative, and the slave, it reminded me of the very ancient era, in Rome. :)

Waiting for more, you make my imagination fly!

what an imaginayion!!!
relates with that era so well..

reminded me of mughal-e-azam!

Was i reading a Novel?? Too Good

A very different kind of a blogpost!-enjoyed reading it! The flow was good and the use of words was very apt.
Btw, is it a true story?

@Tanvi
Thank you, I don't have much imagination to create random stories. "I bade you knight!" this is all what I had in mind when I started writing it.

@Magic Eye
Ironically, I could never watch that movie completely, only in parts.

@Jaspreet
I honestly wish it was true, maybe some ballad might have narrated it too, but at present, I cooked it up. :)

wow. this was long but totally worth the read. brilliant, gripping narrative!

I must ask what was the source of inspiration behind this one ?
Splendid idea , well written , an excellent imaginative thought expressed with excellent choice of words ...

Anshul, I read this post 2nd time and this time it was twice, so it makes it thrice. I am way too mesmerized by the prose and really haven't got any words of appreciation. But I believe this is one of your best creations so far! U really are a story teller.

Reminded me of a short story By Frank Stockton in my ICSE syllabus. "The Lady Or The Tiger" :)

You have been tagged at my place :)

@Mehak
I cannot believe it myself that I could write long stories. But they just drag on no matter how much I try to curb them. SO please bear with me, lest my English improves.

@Princess
As I said the inspiration was "I bade you knight"

@Palak
Thank you Palak, you made my day :)

@Sayak
Yeah I have read that, but that ends at readers discretion.

@Tweety
Thank you for tagging me, I'll try it in between the weekdays itself.

@Raj
But there is no royalty and honour in such a decision. I thought this would be more wise.

You're VERY creative :) Loved the theme and the end, of course.

Surprisingly you post regularly and even then your posts have so much food for thought, and substance. It's simply unbelievable. :)

You're VERY creative :) Loved the theme and the end, of course.

Surprisingly you post regularly and even then your posts have so much food for thought, and substance. It's simply unbelievable. :)