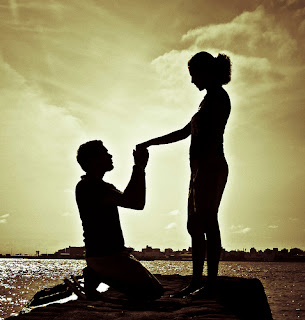 “I…I…I wanted to tell you something, sss..something that I want you to know”, his face flushed as he groped to find the appropriate words.
Amused by the nervous expression on the face of the one whom she had never seen out of control or restless, she chuckled inside and then, feigning a stern look, “Okay, I am all ears, what is it?”
And now his walk was also shaky, as his eyes wandered to her and away
“Ever since we have been together until today, I have felt…. Happy! It feels good when you are with me, I am able to let go of myself. I feel like a newborn child, I feel free and I…I want to be with you. I never felt this good before and I don’t know if anyone else would be able to do this to me. Being with you is like being high on ecstasy, my brain stops working, stops reasoning. And when we part, the thrill makes me…” they had stopped walking now, and he could not speak when her gaze met his’.
Her eyes narrowed mischievously and lips formed a thin line, restraining a smile. “And what about today?”
They had reached the Sunset Rock by now and were hardly walking. She had anticipated it coming, and had been looking forward for it. An independent woman, brilliant and charming as she was, it was not new for her being proposed in creative fashions. But this was the first time a guy was not talking cheeky mellow, but was speaking with sincerity. She was a bit shocked with the bluntness in his expression, though.
He heaved a deep sigh and his shoulders drooped. “Well, it feels like my stomach is going to spew itself out, and my heart is going to explode. I can hear my heart’s screams in my ears. I want to face away, run away. Though my heart is ready to explode every time you are close, it is worse today. I have near death experiences every time you smile and are close to me, closer than anyone else. Today, I think I am already dead, maybe that’s why I cannot feel my body right now.”
He said it so fast that she felt he was going to faint or have an attack. She nearly let out a gasp as he finished his line, but immediately recomposed her face. She turned around, and stepped forward towards the railings, towards the setting sun. His gaze lingered on the ground, as if he was some convict. His face was plum, and red. But he was trying to get hold of himself and find some words, an apology maybe.
And then she moved.
“You know, you are pretty bad at proposing a girl!” she said coyly.
“I…I…am…”, as he tried to gulp the knot in his voice, she came to him, closer, until her lips were whispering into his ears, “I want to give you near death experiences everyday, and want die with you at the same time”, and she playfully bit his ear. He was again burning, he dropped to his knees, but this time he was a little better, at least not stumbling or crashing.
“Are you proposing me?” she asked as if in surprise.
“I had rehearsed this so many times, but things don’t take their normal course when you are around. I am too weak to run today, run away from you.” he said with innocence, and a little helplessness.
“Please Get up, I can’t take this, you will make me cry!” she pleaded.
He lifted his hand, “I Love You, Be mine forever”
“Please…!”
“Will you marry me?”
Before he could move or say anything else, she curled her fingers into his, dropped to her knees and hugged him tightly. Her eyes were flowing unbounded. He couldn’t move, and all was silent again. The hearts were beating in communion now, as if already one.
“Let’s build a home, Our Home!”
Thought over by Blasphemous Aesthete

Interesting..and a new angle because most have the girl being shy (at least the ones i know of)..so a guy being intimidated is a new thing for me :P

when love is from the heart, then even the most ruthless man can be a puppet in his woman's arms. love is of same intensity from both sides, so why should the emotions be hidden. love should know the depth with which it is loved.

You'd be surprised how nervous men can get and how good we hide it.

hmmm, hide well you guys do, otherwise there couldn't be anything else to it :P

u give perfect life to emotions

The descriptions, conversations, emotions everything was near to perfect.
I truly am moved by the story! :)

And then they found out buying a home will take them another 10 years with the real estate prices having shot up sky high...lol.

@Sayak
I wont stop until its perfect, just keep telling me.

LOL...real estate prices have shot up indeed...but here home did not mean a house, it meant Home, the classic definition

aww, this was so sweet! i loved all the dialogs the guy says.. amazing piece!

How sweet :)
Loved it totally! The picture is amazing too!

this is adorable :) reminds me of something from years ago! but truly magical!

hmm..you really know how to charm someon...the shyness and the nervousness too felt more attractive...and ya many shy guys would want the other side be more supportive in the proposal..
nicely written and most suited for such a wonderful proposal..!!

Awwwww!! I love the guy's character. :) Adorable and cute. The last line is amazing. Not many go thinking about it.

Thank you for appreciating.

Wow!! Beautifully written...felt like this was happening for real.

.. I could feel my heart miss a beat when i read his proposal... man ur good... if only men nowadays were that sensitive..girls would have nothing to worry bout...

You weaved it beautifully, aww... deep inside, was fantacizing my man to make it like that.. it kept me absorbed..!!

"I want to give you near death experiences everyday, and want die with you at the same time", superb lines.. :))

Beautifully written. Loved it!
Emotions are so near to perfect.

@Ria
Thanks a lot

@Ritika
I am glad you liked it. Make your man know your wish, who knows he makes it much better.

@Nic
Thank You for appreciating

Thank You, I will not stop until they are perfect.


an excellent descriptive piece of emotions...such a smooth narrative flair..romance so well captured!!!

The post is beautiful.Damn,I'd love to be proposed in the cute puppy dog sort of way.
damn.