So I distance myself ! 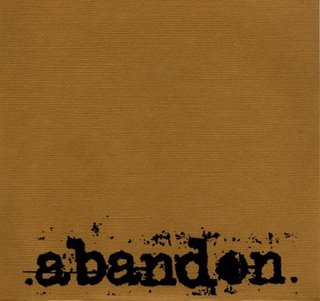 My friend’s in trouble, troubles looming large
And I feel helpless, for my being so unworthy,
Knowing, my company has only hope to deliver,
But hope, sometimes is more nauseating than frustration,
“I am with you, my friend”, No, this cannot be,
Because the blame is all his to take,
He knows it, and I can’t lie
So I distance myself from him.
I don’t feel anything, am I a hypocrite?
I wield different faces for different people,
I sympathize to him, and I feel somber,
On the next curve is revelry, and all is over?
I avoid him, a friend; solace is all I can give to him,
When he is troubled and I feel suffocated,
I can’t face him, because then I have to face myself,
So I distance myself from him.
It was written quite long ago, when there had been such situation. Its incomplete, and I don't think I would be put words into it neither improve what I had written before. And I don't feel like its poetry and won't be tagging it in that category either. Its a conversation.
I felt shackled, for being so minute, for being just equal to nothing. People sympathizing with the sufferer, and still not helping him in the way they could have, just because it might endanger their reputation or they may enter wrong books? I feel it’s better to fight on the friend’s side, on the side of righteousness. At least in the end, there won’t be any guilt that I did not try. I know I may falter on my own sayings when I say this, but that is something I loath myself for. But at least, I feel guilty of treason. What about others, who watch like mute spectators during the showdown and boast of deepest philosophies and principles?

Can somehow relate to this.. But that was a very faint memory from very long ago..

u have brought out an important dilemma that i guess many ppl face at some time or the other..
personally, i would stand by the friend, unless he/she is involved in somthing i am really uncomfortable about.

good stuff. short and to the point. I liked it.

And in the end when you have tried, and your friend still chooses to be revel in his troubles... I hope you don't feel cheated, overlooked.

Thanks for dropping by.
I like your piece, very introspective. Need to read more of this blog.

It's easier said than done,/ So shrug off the guilt,/ Because when the tough times come, there are none,/ Maybe that is how humans are built.// This is what,/ A pessimist would say,/ An optimist without a spat,/ Would gently suggest : Forgive yourself; repeat not, you may. :) Sorry, somehow the enter key does not work in this mobile browser of mine. :P Anyway, nice poem.

@Nic Glad you could relate to it, it happens to many at some point of time. But the point is that we realize our follies and never fall into those pits again.

@Mahesh
Thank you for the appreciation buddy

@Mehak
If I am the friend, I would stand by him, but yes, I will kick his butt myself first if he does something wrong.

@Cinderella
Its not him who decides to revel in troubles, its me. Its human behavior. We mourn over something lost or troubled, but when its out of sight it may get out of mind. That's what I meant from the revelry on the next curve.

I'll fight it, I cannot let them down. As for guilt, we all should learn from mistakes, not carry them all through life. And thank you.

Thankfully, I don't have any such guilt. :) I go beyond my capacities to help my friends, always.
And at least, you feel it. There are people, who get away with such situations so easily and pay no heed, at all.

been there, done that...know exactly how it feels...
it hurts to just stay around the person u care so much about and yet know that you cant help him feel better..
distancing yourself doesn't make things better..but atleast you can cheat yrself from time to time from the helplessness of it all.

yet i still cant decide, which hurts more!!